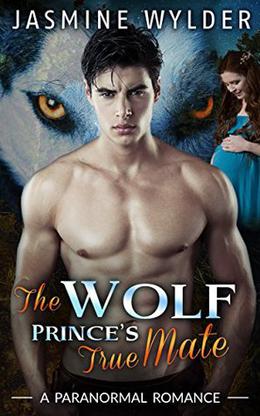 Curvy Ilyssa isn´t looking for love, neither does sizzling hot werewolf prince Alaric, but sometimes destiny has its own plans.

Surviving in a world between two enemy empires is never easy, but beautiful Ilyssa and her tribe of forest-dwelling highwaymen have managed to do just that. Now, though, their seemingly full-proof plan to target carriages that travel between the Werewolf kingdom of Lobishome and the Human realm of Emberi has failed to be enough. The band of thieves are forced to hold passengers for ransom in order to survive the harsh winter months, but their new plan proves to be even more dangerous than the last.

The price on Ilyssa’s head has gone up. After unknowingly abducting Alaric, the heir to the Werewolf throne, she finds herself caught up in a clandestine plot designed to bring the rival kingdoms to their knees.

An ancient prophecy, a solo mission, and a promise that cannot be broken are only the beginning of what the beautiful bandit and the handsome heir will have to contend with. Their unlikely pairing blurs the lines between bringing peace among enemies, halting an impending war, and resisting their growing mutual attraction?

Can these unlikely cohorts reshape a world formed from centuries of hate and manage their undeniable attraction to each other?

AUTHOR´S NOTE: This is a +21,000-word stand-alone story with HEA, so no cliff-hangers! The story contains mature themes and language and is intended for 18+ readers only.

'The Wolf Prince's True Mate' is tagged as:

All books by Jasmine Wylder  ❯

Buy 'The Wolf Prince's True Mate' from the following stores: