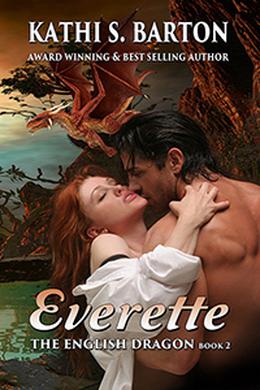 Cassie had just arrived in Danburn’s territory and she knew as a dragon she had to report to him. Whether she liked it or not, she’d gone from one ruling male, her father, to another. Being a female dragon, and unmated, she felt cursed for her lot.

Everette Welsh, Rett to his friends, was having a hard time making ends meet. He was a good attorney, but it seemed to do him little good. His good friend, Danburn, insisted he quit his job and come work for him. Rett had no intentions of taking Danburn up on his offer, but when his boss called him into his office and was demanding that he apologize for threatening a man who blackmailing him, the words “I quit” spilled from his mouth without thinking. However, once said, he felt better for it.

Rett found himself on the wrong end of a shotgun blast, and Cassie gave a bit of herself to save him. There were only three conditions of taking dragon’s blood that a human would survive, and the other two didn’t apply to him. Rett and Cassie were mates.

'Everette' is tagged as:

The 'The English Dragon' series

Buy 'Everette' from the following stores: