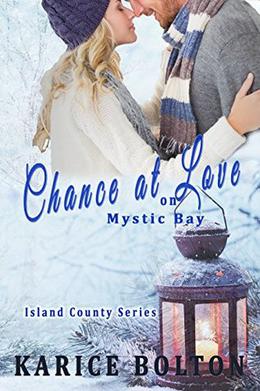 *Can be read as a standalone* Maddie has never been boy crazy. She’s never cared about relationships. She’s never dreamed of a knight in shining armor coming to her rescue. She’d much rather build her own empire and spend nights in with a cup of tea and a good book, and she’s found the perfect place to do both, Fireweed Island.

But when she promises the wonderful woman who owns a lavender farm on Hound Island that she’d meet her son and tour the farm, she had no idea her world would turn upside down.

If she were to pick a dream guy, he’d be it.

Chance doesn’t have time to date or worry about relationships. He’s building his father’s legacy and making sure his mom will be set if he decides to leave the farm and pursue his real passion. The problem is that Chance’s mother hasn’t stopped rattling off reasons why he needs to meet the “girl who owns the tea shop”, and when he finally makes the trek to Fireweed Island, he realizes his mom was right.

But she’s also not interested. It’s written all over her face.

And this is why Chance has given up on the idea of finding someone. It’s just too complicated.
more
Amazon Other stores
Bookmark  Rate:

'Chance at Love on Mystic Bay' is tagged as:

Similar books to 'Chance at Love on Mystic Bay'

More books like 'Chance at Love on Mystic Bay'   ❯

All books by Karice Bolton  ❯

Buy 'Chance at Love on Mystic Bay' from the following stores: