He's Young But He Loves Me Better 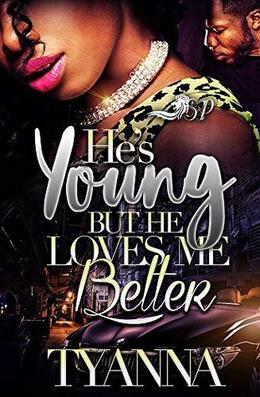 Being a college professor and the task of being a mother was easy to juggle; however, maintaining your sanity while being in an unhappy marriage to is what was hard. At thirty-five-years-old, Neshay Baker had it all; a great career, a handsome son, and a beautiful home, but what she didn’t have is a husband who could keep it in his pants.

For Mason Lewis, owning a very profitable architectural company afforded him a slew of things that he wasn’t used to. Anytime there’s a man with money and fame, there are women who would do anything to get a piece of the pie. Although he’s married, beautiful temptations seem to get the best of him and his family is the last thing on his mind.

Twenty-three-year-old Jordy Davis has had enough tragedy to last people two times his age a lifetime, and he’s tired of the street life, so he makes a life decision and enrolls in school. There, he meets the beautiful, Professor Neshay, and soon the two find out they share a lot more in common than just the school. Seeing that Neshay is going through a crazy divorce, Jordy offers comfort in ways that she wouldn’t have ever imagined from a man so young.

Will Mason allow his new lifestyle to tear his home apart? Will Neshay allow Jordy to show her the way she should be loved or will she let what everyone thinks about their age difference keep her from being happy? As they say, age ain’t nothing but a number so if given a chance she may learn that he may be young but he loves her better.
more
Amazon Other stores
Bookmark  Rate:

Similar books to 'He's Young But He Loves Me Better'

More books like 'He's Young But He Loves Me Better'   ❯

Buy 'He's Young But He Loves Me Better' from the following stores: