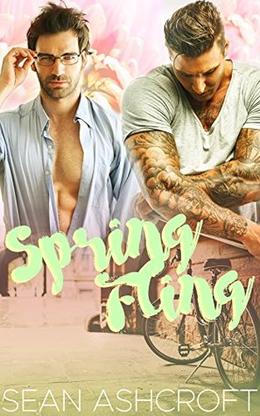 Days before the start of Spring semester, astrophysics professor Spencer Harris meets the man of his dreams. Sexy, funny, and as much of a nerd as he is, Jesse is perfect, and the prospect of getting to know him better after their amazing night together is the best thing that’s happened to him in years.

That is, until he turns up in Spencer’s office as the new visiting professor.

All of Jesse’s wishes have come true at once--a new job, new town, and new romantic interest who’s cute, smart, and really, really good in bed. Except it turns out that he’s about to share an office with him, and that means they’re both stuck with the college’s fraternization policy. Neither of them can afford to risk their jobs, so they’ll just have to wonder what might have been if they’d met some other time.

But Spencer looks really good when he bends over. And Jesse’s habit of sucking on pens is really distracting. And it’s not as if anyone would ever have to know…

What happens when you meet the right man at the wrong time?

Spring Fling is a standalone gay romance with a HEA, and does not end on a cliffhanger. However, it does contain astrophysics lectures, forbidden love, explicit sex scenes, and a carnivorous plant.
more
Amazon Other stores
Bookmark  Rate:

'Spring Fling' is tagged as:

All books by Sean Ashcroft  ❯