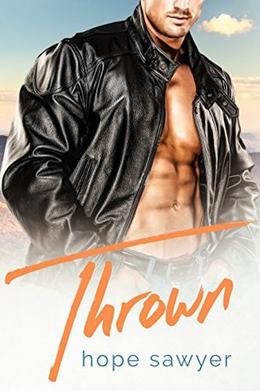 “When you become sheriff, you’ll be the most eligible bachelor in this hick county.”

“You need to get back out there.”
Newly-divorced deputy sheriff Gideon Blackwell has just bought a farmhouse under the stars in quiet Byrony Hills. Ingus, his nearly-retired K9 partner, will have a yard, and Gideon will have a purpose. Like himself, the farmhouse could do with some TLC. He's still living in his retired father's shadow, afraid to become the same kind of sheriff behind closed doors. Stepping out of the closet when the mayor's nomination for sheriff is pending? No way. But then, in the eye of a small-town storm, he meets the man who shakes him to his foundation.

“I feel so guilty living here and barely being able to help.”
Corey Sane's life hasn't been easy. After he lost his family in a car accident, his aunt and uncle took him in and offered him a studio above the garage to live and throw pottery. Odd jobs are his way of repaying that debt. Attempts to date always make him someone's secret, and his self-esteem can't take dating one more closeted man... even if he's the hot deputy sheriff who now lives next door. But the law is there when everything goes wrong, and Corey's protector wears a badge, a gun, and a look that could melt the clothing off his bruised body.

“He's welded the closet door shut from the inside.”
Corey can't resist more than renovations with the closed-off, closeted man who's been around the block before. Gideon's not the safest prospect, but the heart wants what it wants. And for Gideon, the hardheaded younger man asks more of him than anyone has before. Can they risk it all for the intimacy of each other's arms, heal their hearts, and let each other in at last?

'Thrown' is tagged as:

Buy 'Thrown' from the following stores: