Fighting for Our Love: A New York Romance 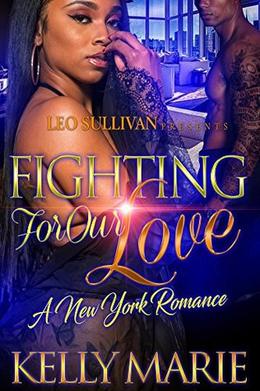 Have you ever loved somebody as much as you hated them?

LaTroy has been with Aspen for six years. A beautiful woman who every man wanted but LaTroy discovers her beauty is only skin deep. He got with her because they looked beautiful together and because everybody, including him, wanted a beautiful girl. Six years later and he is miserable. She doesn't cook, clean; spend time with him or their 3-year-old daughter, Tiffany.

After pleading with her to change, he finally has enough and leaves, vowing to never love a pretty bitch again.

But an unexpected encounter, with the beautiful Amelia, has him head over heels in love, and never wanting to go back home to Aspen despite their families’ interference, especially his mother. She seems to have an unusual obsession with getting LaTroy and Aspen back together.

Now that he’s found his soul mate in Amelia, he’s not willing to ever let her go, no matter who tries to get in his way; including Amelia herself.

Follow LaTroy as he faces his biggest battle yet!
more
Amazon Other stores
Bookmark  Rate:

Similar books to 'Fighting for Our Love: A New York Romance'

More books like 'Fighting for Our Love: A New York Romance'   ❯

Buy 'Fighting for Our Love: A New York Romance' from the following stores: