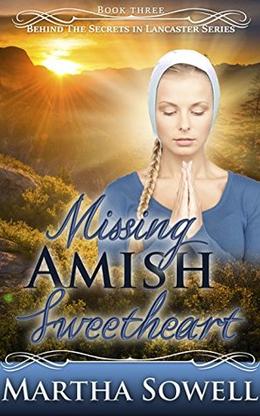 A much loved Amish schoolteacher. A young and outstanding doctor deeply in love with her. Did she leave without a word? Or been kidnapped? Or worse – murdered?

What happened to the missing assistant schoolteacher?

Mary Lapp has much to look forward to in her Amish community, from her job as a beloved teaching assistant to a courtship with a future doctor. Lancaster has always been home for her, and she’s never considered leaving as far as anyone knows. However, when she and her boyfriend have a major fight, her life begins to change, and within a few days she has vanished entirely.

To the many people in her family and circle of friends, the reason is clear: she was taken against her will or something terrible has happened to her. To others in their Amish town, the questions of whether she might have left of her own accord still lingers. She must be found, one way or another, and soon.

“We are sorry to call you here so late,” said Thomas, “but we have an emergency. My dochtah Mary did not come home this afternoon. She was here in this very schoolhouse working as a teaching assistant, but when classes let out for the day, she headed for the general store, where she bought a few things, but after that we have no word on her. Timothy Yoder and I have looked for her, but did not find her. If any of you saw her this afternoon after she left the general store, or can help us search for her, we would be thankful for the help...”

Timothy Yoder is the son of the community’s only doctor, and aspiring to follow in his father’s footsteps when he reaches full adulthood. His plan is to learn and mature for another year, and then marry his sweetheart, Mary Lapp. When he tells her of his plan, she reacts in a way that he never would have expected, telling him that she needs time to consider the proposition.

Although Timothy agrees to give her some time, he never thought that she might disappear from his life altogether. It’s unlike her to create chaos and worry her family, but he cannot imagine where she might be after several days with no word. He knows that the answers are more ominous by the day…and there’s nothing he can do except search and pray…

Will Mary be found before time runs out for her or has she left without saying goodbye for her own reasons to those she loves?

Does Timothy have any chance of finding the woman he adores in the wide world around him, or is it already too late for Mary?
more
Amazon Other stores
Bookmark  Rate:

'Missing Amish Sweetheart (An Amish Romance Story) (Behind The Secrets in Lancaster Series)' is tagged as:

Buy 'Missing Amish Sweetheart (An Amish Romance Story) (Behind The Secrets in Lancaster Series)' from the following stores: