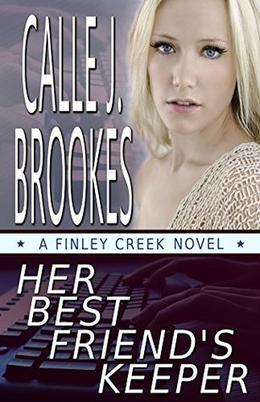 Ten years. Three months. Sixteen days. That was how long it had been since Gabby Kendall had felt safe. As a teenager, she’d witnessed the execution of four members of the Marshall family and been powerless to help. The case had remained unsolved—the killers were still out there.
​
And they knew who Gabby was. Where she lived. Who her friends were. They knew everything about her.
​
Elliot Marshall, Jr had never intended to take the position with the Finley Creek Texas State Police that his father had once filled. Sitting at the same desk his father had before he’d been killed brought it all rushing back.
​
Not just for Elliot.
​
For Gabby. For Gabby’s new best friend—a woman who’d known his family long ago, too. For the killers. He’d keep his late sister’s best friend out of harm’s way—no matter what the cost.
​
Gabby would gladly take his protection—but what would she do if the price of her safety was the woman who’d become her new best friend?

Or Elliot?
​
She couldn’t lose someone she loved like that ever again…
more
Amazon Other stores
Bookmark  Rate:

'Her Best Friend's Keeper' is tagged as:

Buy 'Her Best Friend's Keeper' from the following stores: