Ambush on the Gold Trail: Ride The Trail Western Adventure (The Greed of Gold #1) 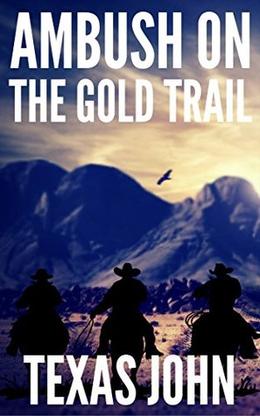 An exciting new Western in the style of Robert J. Thomas, WL Cox, and Duane Boehm filled with action, adventure and plot twists such as C. K. Crigger, Robert Vaughan, and C.M. Curtis! This is a book that is filled with the bodies of dead bad guys!

Framed for his family’s murder, their homestead burnt to the ground, and the people meant to protect him seeking to shoot him down as an outlaw, 16-year-old Jacob Thorn must become a man. They killed his father for his family's gold. To protect their greed and power, they will stop at nothing to kill Jacob and destroy the truth.

On the run after both the sheriff and his deputy are killed by the same bushwhackers who are hunting him, Jacob enlists the help of his father’s best friend. The two of them decide it’s time to stop running and start taking the fight to Jacob's enemies.

Using the tactics his father learned from his Civil War cavalry service, Jacob Thorn goes in search of revenge on behalf of his family and vindication for himself. This is a Western that truly brings vengeance home!
more
Amazon Other stores
Bookmark  Rate:

'Ambush on the Gold Trail: Ride The Trail Western Adventure' is tagged as:

The 'The Greed of Gold' series

Similar books to 'Ambush on the Gold Trail: Ride The Trail Western Adventure'

All books by Texas John  ❯

Buy 'Ambush on the Gold Trail: Ride The Trail Western Adventure' from the following stores: