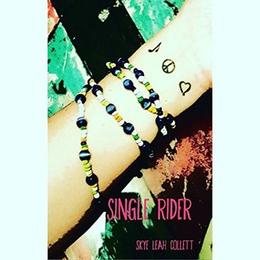 Must Be Quacking Up

"I don't think so Kenz." he said, no grimace or frown, just a serious look on his face, parental almost. Condescending was another word that came to mind.
'Oh, ok, no worries." she laughed to cover her embarrassment but she knew her face looked as if she had just played the 50-minute game of soccer in the sun instead of her niece.
"Ok well see you round." she shook her arm from where he still grasped her and started for the car, pretty sure she was walking weird, knowing she was. There was something distinctly duck like about her walk, dear god she was waddling. Yep definitely a waddle. What the hell was wrong with her?
"Kenzie wait." he followed her.
Even if she ran she wouldn't be able to lose him, especially now that she had the speed and agility of Huey, Dewey and Louie combined, or maybe it was just Donald, who would be the most uncoordinated out of the four she pondered to herself idiotically.
She stopped, not sure what he was going to say but wishing the ground would swallow her up, grateful her family hadn't overheard her be shot down so brutally, when she didn't even want to hang out with this with this guy, well at least she didn't think she did 5 minutes ago.
Oh god, she thought, Dash witnessing this would be even worse, she could imagine how much he would torture her.

This is a story about a woman named Kenzie.
A woman who knows what she wants and likes things just the way they are, thank you very much.
This is also a story about a man named Max. Max can be a real pain in the ass.
And finally, this is a story about Dash, ex-husband extraordinaire, who likes to get down to the Scissor Sisters and parties a little too much.
And Katie, the best friend who parties far too much and can expertly defend herself against sexual harassment accusations.
And Claudia, sister, mother and head of the school parent's association, long time tea drinker. The chalk to Kenzie's cheese.
And Michael, the one that got away.
more
Amazon Other stores
Bookmark  Rate:

'Single Rider' is tagged as: