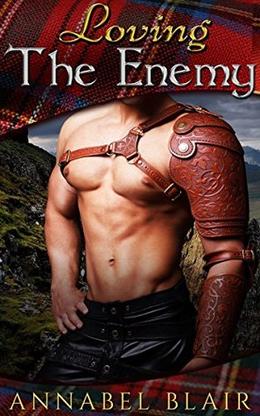 Isobel Darrow joined her brothers in the uprising because she’d seen firsthand the loss Scotland felt when English boots stood on its soil. She’s committed to the cause and to slaughtering any Englishman who steps in her way. When the commander chooses her for a mission of importance and speed, she is more than happy to do her part. Until, that is, a traitorous--but charming--Englishman attempts to steal her horse.

Will Davenport is on a mission of his own, to stir up dissent among the ranks of the Scottish at Edinburgh. He thinks he’s had a streak of luck when he stumbles across a girl with a horse. When he tries to make off with the beast, though, he discovers that the fiercely beautiful Isobel Darrow is not a girl to be taken lightly. Can they see past their countries’ animosity to the passion that sparks between them?