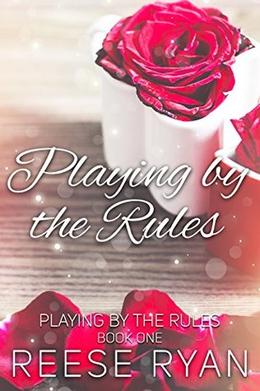 When Meredith Jane encounters her ex's elder brother at a saucy Valentine's Day party for singles, the last thing she expects is to spend 'seven minutes in heaven' with him or to discover that he has feelings for her.

Hunter Westbrook adored Merrie long before his competitive younger brother asked her out. Now that their relationship is over and done, he faces the hardest decision of his life. Will he risk his relationship with his brother and jeopardize the future of their family's luxury resort empire by pursuing the woman he loves? Or will he suffer in silence to keep peace in the family and risk losing her forever?

Merrie has spent her entire life playing by other people's rules. One of the few women on the management team at her firm, she can ill afford to get caught up in the gossip and scandal sure to come if she chooses to be with Hunter. Nor does she wish to hurt Liam's family or disappoint her own. Nevertheless, she has discovered a startling truth: She's been with the wrong brother all along.

In a society where perception is everything, is true love worth risking everything they've both worked so hard for?
more
Amazon Other stores
Bookmark  Rate:

'Playing by the Rules' is tagged as:

The 'Playing by the Rules' series

Similar books to 'Playing by the Rules'

All books by Reese Ryan  ❯

Buy 'Playing by the Rules' from the following stores: