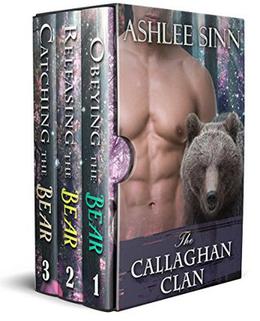 Join Brandt (the reluctant alpha), Brennan (the hopeless romantic), and Bo (the womanizing playboy) as they search for love and happiness in Alaska. While they’ve stayed hidden for centuries, their world is about to change, and each brother will need the strength of a mate by his side to survive.

The box set includes: Obeying the Bear, Releasing the Bear, and Catching the Bear. If you love dominant grizzlies, alpha males, and shifter romances, this box set is the one you need.

All books by Ashlee Sinn  ❯