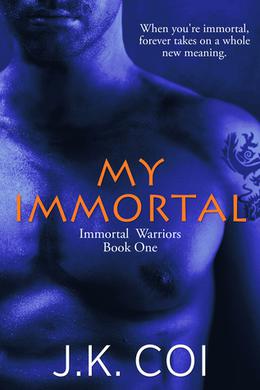 Evil lurks in the darkest of shadows, but a band of warriors stands ready to defend humanity against hell's own monsters-Immortal men hand-picked by destiny and taken out of time hold the fate of the world in their hands.

One of the oldest of his kind, Immortal warrior Rhys Morgan spends his nights on the streets of Chandler protecting the city's innocents from the demons that hunt them. But one dark night, a human woman tries to save him, and Rhys realizes he's just met his match in the smart, brave doctor, Amy Bennett. When he can't get the beautiful human out of his head or his dreams, he knows his life is about to get complicated.

The barriers between the unlikely pair may be as thick and strong as the evil that threatens them, but some things can't be denied…and dark, mysterious, sexy Rhys Morgan is one of them.
more
Amazon Other stores
Bookmark  Rate:

'My Immortal' is tagged as:

Similar books to 'My Immortal'

Buy 'My Immortal' from the following stores: