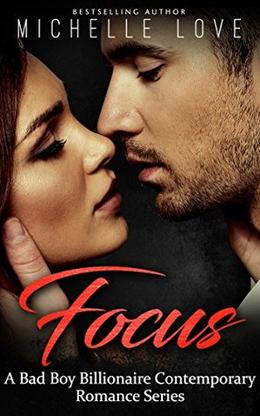 Focus A Bad Boy Billionaire Contemporary Romance Series
Lust. Betrayal. Passion.
Talented engineer, Gia Flynn, finds herself in the middle of a tug of war two billionaires are playing with her.
Her family’s financial security is cemented if she stays with Damien Markov, a Russian Space Industry Magnate.
Her heart belongs to Ryker Crawford, another Space Industry Magnate from America.
Who will she choose or will the race to get to Mars leave her alone on Earth?

Ryker Crawford is a new billionaire who’s taken over the CEO position of his dearly departed grandfather’s company, Apollo Engineering.
Gia Flynn is a young woman who’s a talented engineer. She’s been lying dormant for three years as she’s become the girlfriend of space engineering magnate, Damian Markov.
When Ryker lays eyes on her at a fundraiser, he finds her boyfriend ignoring her as he pays attention to his cell phone instead of the young, dark haired beauty.
Can Ryker lure the brilliant woman away from the Russian Billionaire?
It includes the first four parts of my upcoming series Evergreen (A Bad Boy Billionaire Romance Series)

Get your copy now
more
Amazon Other stores
Bookmark  Rate: