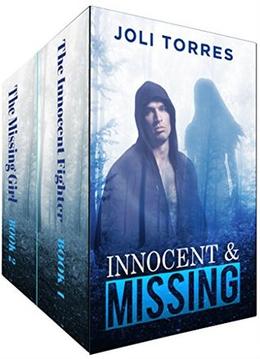 From the moment I sensed him, I knew he was innocent...

I’m an FBI agent. None of my peers know it, but I have a sixth sense that helps me track down fugitives. Once I’m assigned to a case, I always bring them in without a problem.

That is…until I met David "The Celtic" O'Brien. He is definitely not someone I should be falling for. He’s an MMA fighter covered with tattoos, and known for his skill at knocking fighters out cold. Worse, he’s a wanted fugitive…the one I’m assigned to bring in.

My plan is to turn him in. I refuse to get attached to him. Yet, there is just something about him. He draws me in. Makes me want to prove his innocence. But proving his innocence could come at the cost of losing my job, or worse, my life. Am I crazy?!? Should I risk it all for a man I just met?

Even though she isn't my daughter, my motherly instincts have kicked in... someone took her, and it's up to me to find out who.

My intuition had been telling me something was off...we shouldn't have left Ellie there.

If it weren't for David, Ellie's MMA fighter dad, who also happens to be my hot fiancé, I wouldn't even have her in my life. Now she's GONE, and I'll do anything in my power to keep her from getting hurt. Even if it means risking my job and my life...AGAIN.

My boss has forbidden me to be involved with this case...he's sadly mistaken if he thinks I'm just going to sit by and wait for those other incompetent agents to find her.


AUTHOR'S NOTE: This is a two book series with more to come in the future. The two single books each have great reviews. Adrianna and David are a very likable couple that you will want to read more about! Enjoy the read!
more
Amazon Other stores
Bookmark  Rate: