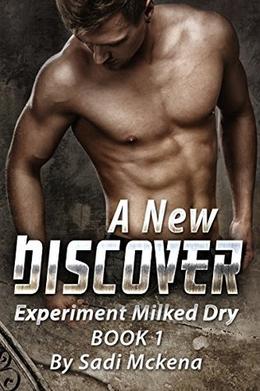 
Young Darren never thought his internship would be so spicy.

As an assistant to his professor Corbin, Darren thought it would be your average internship after college. But when he meets Corbin and his researcher/boyfriend William, things immediately begin to change. Not to mention Darren has had a crush on the young professor for a long time now, and is part of the reason why he took the internship.

However, when Corbin has a personal experiment that he wants to try on Darren, a milking experiment, Darren immediately tenses up. He wants this, but at the same time, the fear that could come from this does trump over his own personal desires. However, seeing as how Corbin and William are willing to give him the pleasure he desires, he’s left with an even bigger choice. Does he do it? or does he leave this by the wayside in hopes that he doesn’t get too hung up in his own thoughts?

WARNING: These stories are Super Hot with explicit scenes of desire and passion that do not leave much to the imagination. This ebook is intended for adult eyes only!!