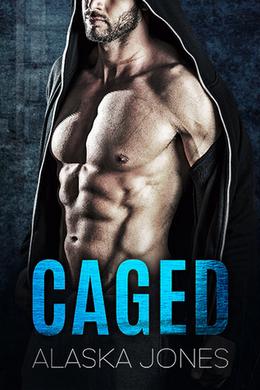 Assaulted, murdered, and buried in a shallow grave. That's how I would've ended up, if not for him.
A hitman sent by the mob to find and kill my ex-boyfriend, he's rude and bossy, but he saved my life. He locks me in a room and tells me his name is Cage. Think about the irony.
Stuck with him and his demons, I learn more about him than I'd like to know. But it's the things I learn about myself that scare me. I find out that one look at his work-of-art body is enough to awaken wicked fantasies deep within me. I realize that I'm capable of falling for a rugged brute in a matter of days. I learn I like it rough.

He's haunted by his past. I'm terrified of the future. I know he will save me from the thugs that are hunting me.
But first, I have to save him from himself.

CAGED is a standalone, full-length novel. No cliffhanger. Guaranteed HEA. 18+

'Caged: An Alpha Protector Romance' is tagged as:

Buy 'Caged: An Alpha Protector Romance' from the following stores: