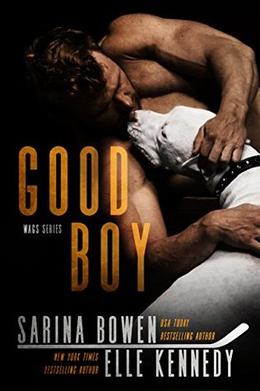 Hosting her brother’s wedding for an MVP guest list is the challenge of Jess Canning’s life. Already the family screw-up, she can’t afford to fail. And nobody (nobody!) can learn of the colossal mistake she made with the best man during a weak moment last spring. It was wrong, and there will not be a repeat. Absolutely not. Even if he is the sexiest thing on two legs.

Blake Riley sees the wedding as fate’s gift to him. Jess is the maid of honor and he’s the best man? Let the games begin. So what if he’s facing a little (fine, a lot) of resistance? He just needs to convince the stubborn blonde that he’s really a good boy with a bad rap. Luckily, every professional hockey player knows that you’ve got to make an effort if you want to score.

But Jess has more pressing issues to deal with than sexy-times with a giant man-child. Such as: Will the ceremony start on time, even though someone got grandma drunk? Does glitter ever belong at a wedding? And is it wrong to murder the best man?

Caution: May cause accidental aspiration of tea or coffee. Do not read in a public place where loud laughter is inappropriate. Contains hot but hilarious hockey players, puppy cuddling and a snarky pair of underwear.
more
Bookmark Rate Book
Amazon Other stores

All books by Sarina Bowen  ❯