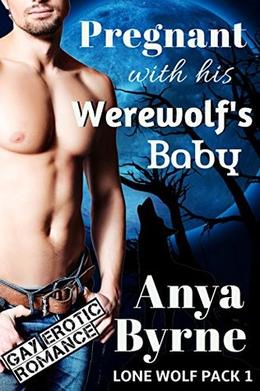 Gavin Price has had enough. He’s lost countless relationships because he can’t seem to take that last step into intimacy. Never again. He’s going to get rid of his pesky virginity. It’s a simple enough plan. Go into a club, pick up a handsome guy. Shouldn’t be hard. Other people do it all the time.
Of course, other people don’t run into Saul Simmons, a man with eyes that seem to change color, and whose sheer presence makes Gavin’s breath catch. One night together, and Gavin thinks this might be it. He might have finally found someone worth not only of his body, but also of his heart.
And then, Saul mysteriously disappears, leaving Gavin heart-broken and... quickly gaining weight? What in the world is happening to him? And why is his stomach suddenly being kicked from the inside? Surely it must be indigestion from his new excessive diet of meats.
Unbeknownst to Gavin, Saul is actually a werewolf. From the very first moment they meet, Saul realizes they are mates. But Saul is also a naturally born Alpha, and his pack has very specific plans for him, none of them including a bonding with a human. He also has no idea he’s going to be a daddy.
Can two men from two different worlds accept everything they thought they knew was wrong? Can they handle both a forbidden relationship and impending parenthood? They’re definitely going to try.
more
Amazon Other stores
Bookmark  Rate:

'Pregnant with His Werewolf's Baby: Gay Mpreg' is tagged as:

Similar books to 'Pregnant with His Werewolf's Baby: Gay Mpreg'

All books by Anya Byrne  ❯

Buy 'Pregnant with His Werewolf's Baby: Gay Mpreg' from the following stores: