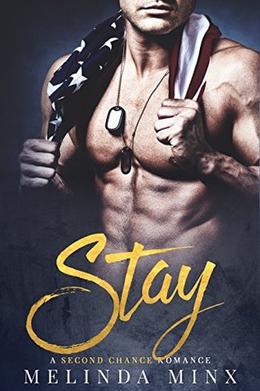 I’ve made a lot of mistakes—a decade and a half of scars and ink.
I’ve hurt. I’ve killed.
But those aren’t the mistakes keeping me up at night.
Leaving her was the worst decision of my life.
But I’m back now, and you better f**cking believe I'm staying this time.

I’ve been through three wars, but winning Sophie Sinclaire back will be harder than any battle. She was the one good thing left in my life, and I abandoned her.

She’s furious with me. Even after fifteen years. She looks at me like she wants to kill me. Hell, I’m pretty sure she does want me dead.

If she wants me dead, she can get in line. Front and center, where I can see those big doe eyes and freckled cheeks. Besides, she wouldn't be angry with me if she didn’t still want me, right?

Just a few weeks. That’s all I need, because I have a habit of getting what I want, and I want her.

I came back to Tuckett Bay to take care of my Dad. The last thing I expected—or wanted—was to see Mason Steel again.

He was my first crush, my first kiss, my first… everything .

He walks into the room chest first, and there’s enough heat in his blue eyes to melt straight through my cold shoulder. His insufferable smirk gets my heart pounding just like before, but there’s no way in hell he deserves a second chance—no way I should even consider it.

One month. That’s all he gets. I’ve got a job waiting for me back in Boston, so what the hell. Maybe watching Mr. Action Figure try to win me back over for the next couple weeks is just the thing I need.
more
Amazon Other stores
Bookmark  Rate:

'Stay: A Second Chance Badboy Romance' is tagged as: