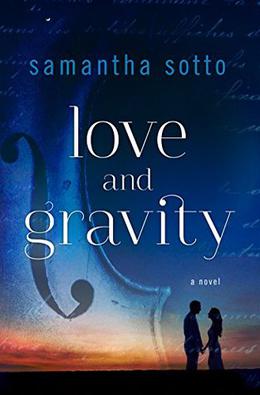 In this unforgettable novel for fans of One Day and The Time Traveler’s Wife, a young Isaac Newton falls in love with a girl living in modern-day San Francisco, defying the laws of physics to forge a seemingly impossible connection.

Andrea Louviere is seven years old the first time he appears. While she’s alone in her bedroom, practicing her beloved cello, the light shivers and a crack forms in the wall. Through the crack, she sees a candle, a window, a desk—and a boy. Though no sound travels through the wall, the boy clearly sees Andrea, too. And then, just as quickly as it opened, the crack closes, and he vanishes.

Over the years, summoning the bright, magnetic boy becomes something of an obsession for Andrea. Then, on her seventeenth birthday, she receives a three-hundred-year-old love letter from Isaac Newton. Andrea knows that Isaac will change the world with his groundbreaking discoveries; the letter tells Andrea that she will change him .

As Isaac’s letters intensify in passion and intimacy, Andrea grows determined to follow his clues to their shared destiny—despite a burgeoning romance in the present. Only when she discovers the way into Isaac’s time does Andrea realize that she faces a heartbreaking decision: between what was . . . and what might be.

Praise for Samantha Sotto’s Before Ever After

“I was floored by the gutsy scope of this highly unusual love story. Before Ever After is one of those books that challenges the natural laws of fiction writing, and Samantha Sotto pulls it off in a frisky and highly entertaining way.” —Anne Fortier, New York Times bestselling author of Juliet

“I was absolutely enchanted by Before Ever After . It’s a highly original and engaging mix of romance, mystery, and magic that will challenge everything you think you know about happily ever after.” —Jill Smolinski, author of Objects of My Affection

“A smartly written romance, mystery, and historical adventure all wrapped up in a page-turner that will have you guessing until the very end.” —Adena Halpern, author of The Ten Best Days of My Life

“Exquisitely written and inventively told, Before Ever After is a beautiful, moving—and quite fun—exploration of what you think you know about your own life.” —Melissa Senate, author of The Love Goddess’ Cooking School
more
Amazon Other stores
Bookmark  Rate:

'Love and Gravity' is tagged as:

Similar books to 'Love and Gravity'

Buy 'Love and Gravity' from the following stores: