Rock Me: A Rockstar Romance 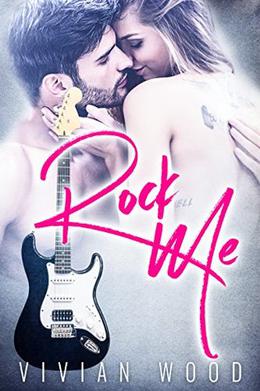 
When I walked into the party that night, I was worried about my black minidress being too short… I never realized that I was going to meet him.


Rhys Grant, lead singer of Misery, one of hottest bands on the freaking planet.


Rhys isn’t just any tanned, muscular bad boy dripping with sex appeal. He’s so hot he’s practically adonis himself. … and the way he sings… he owns that stage.


Well, okay, fake interested. He needs a sweet girl on his arm for the cameras, to smile and look like he’s settled on. Public Relations 101. I just happen to be in the right place at the right time. Right in the middle of that party, pulling down that mini skirt and feeling so out of place.

Of course I said yes! How could I ever say no? But the more I find out about Rhys, the more I see the man behind the microphone and tabloids.


I don’t want to be one of a thousand screaming fans. When he kisses me, when he touches me... suddenly I want to be his one and only.

Paparazzi, crazed band managers, overdoses… Rhys’ lifestyle will either drive me away forever or ruin me for all other men.

But one thing’s for sure… he’s going to Rock Me to my core.

Rock Me is a standlone rockstar romance of approximately 58,000 words. It includes no cheating and a happily ever after!
more
Amazon Other stores
Bookmark  Rate:

'Rock Me: A Rockstar Romance' is tagged as:

Similar books to 'Rock Me: A Rockstar Romance'

More books like 'Rock Me: A Rockstar Romance'   ❯

Buy 'Rock Me: A Rockstar Romance' from the following stores: