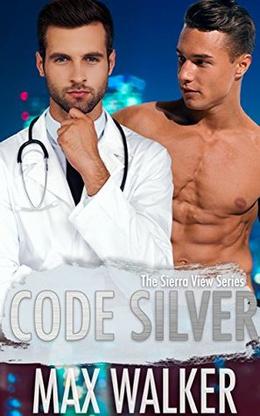 Dean Harper is the type of doctor anyone would want to bump into in an elevator. He’s devilishly handsome, deeply caring, and has a pair of sapphire blue eyes that pierce right through you. He was well on his way to having the perfect life with who he thought was the perfect man. Well, until he found that ‘perfect’ man cheating on him with three other guys. At the same time.

Noah Silver is having a difficult time. With his mom passing and his dad growing more and more difficult to live with, he’s pushed into an unorthodox way of making money. He knew that being a cam boy would be temporary, but he didn't realize how drastically it would change his life.

Dean’s world gets turned upside down when Noah, the guy he’d been fantasizing with through a computer screen, ends up in his exam room. Their connection is immediate, even though Noah has no idea Dean is behind his online crush. They both have issues to work on, but can either of them pass up a chance like this? Or are they both throwing themselves into harm’s way?
______________
Code Silver is the first book in the Sierra View series. It's a full-length, steamy gay romance that can be read alone and has no cliffhangers.
more
Amazon Other stores
Bookmark  Rate:

'Code Silver' is tagged as:

The 'The Sierra View' series

All books by Max Walker  ❯