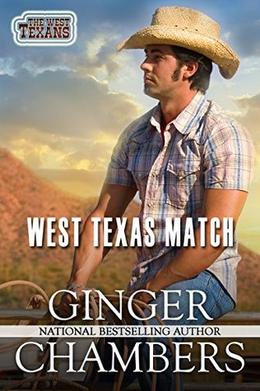 Mae Parker’s word is law on the Parker Ranch.

At eighty-one, Mae is the matriarch of the Parker family and is accustomed to bending everyone to her will. Everyone, that is, except her great-nephew, Rafe, who runs the huge family-owned operation and is equally as iron-willed. Rafe is not at all happy when he learns that his great-aunt has picked out a wife for him...and invited her, after a recent accident, to recuperate at the ranch. All his life he’s watched Mae manipulate people. He’ll be damned if he’ll fall in love on her order!

The Parker Ranch, run by Parker sons and daughters since before The War Between the States. Tough, rugged, fiercely loyal...to each other and to the people they let into their hearts.

The West Texans, a 7-book series.

'West Texas Match: Book 1 of The West Texans series' is tagged as:

All books by Ginger Chambers  ❯