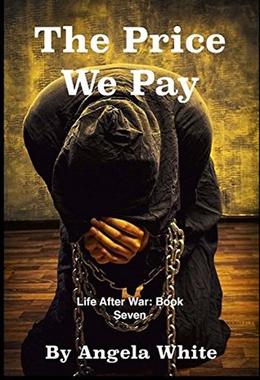 Will Controlled Chaos Be Enough To Free Them?

Angela has moved Safe Haven to the Mountains of Georgia to make their stand. She has put a plan in motion that will free them all or get them all killed. For her, everything since the apocalypse has come down to this moment. It’s what she’s been training for, what her men have tried to prepare her for, but only fate knows if it will be enough.

Marc assumes he will be Safe Haven’s leader soon. He is sure Angela won’t risk their child by continuing to endanger herself, so he’s waiting, working, and following orders. What will happen when he finds out Angela doesn’t intend to ever give up leadership? Will he try to take it from her to protect their baby?

Adrian hopes he can twist the couple apart by using Kendle. If he can’t succeed that way, Adrian will turn himself into the bunker. Under no circumstances can he see himself living in camp while watching Angela and Marc raise the family that he now longs for with her. He’d rather die trying to take down the enemy from the inside.

Kendle is having a hard time adjusting to being back with her own kind. She doesn’t like any of them. They’re not serious enough in her opinion, not hard enough to deserve a leader like Marc, who she is drawn to against her will. She wants to fight, to spill blood, but as far as Safe Haven is concerned, she couldn’t care less if they all live or die. Their fight isn’t hers.

Samantha has a vital mission and neither of her men knows about it. Her role is one that Neil and Jeremy would never have allowed, had they been told. Samantha’s time to prove herself has come and she’ll need all of her strength, her concentration, to accomplish it. She has a hard job in Angela’s plan and if she fails, she will die. Sam wouldn’t have that any other way.

The Eagles are tired of the drama. They want things back the way they were and after this battle, if they survive, they plan to make sure it happens. Angela is who they will support if she saves them all, even against Marc. The camp members feel the same. They will follow whoever gives them freedom.

The government is counting on the chaos. News of it has reached the bunker and those in charge are confident that they can sweep in and grab the important people while everyone is distracted. They plan to kill the rest of Safe Haven. There are too many descendants in that camp, too many future dangers. If they don’t take them out now, the government knows they aren’t likely to get such a good chance again. Having all those powerful people in one place is a huge mistake that the government plans to take advantage of. They’ve sent Major John Donner to handle the situation.

Major Donner has studied the descendants for his entire military career. He spends months at a time underground with them in the labs. He knows them better than anyone on the government’s payroll does. He’s the guy they call to recapture their escapees or to hunt down new specimens. His family has served in this manner for a century. His name is whispered with loathing among descendants and soldiers alike. He is brilliant, he is ruthless, and the government has turned him loose on Safe Haven.

Nature is growing tired. It is almost time for her to sleep, to give life a pass in all its form, but before she does, she will deliver one final blow meant to wipe out mankind in brutal numbers. Will this be the final straw to send Safe Haven over the edge of no return? Get your copy today!

'The Price We Pay' is tagged as:

The 'Life After War' series

Similar books to 'The Price We Pay'

All books by Angela White  ❯

Buy 'The Price We Pay' from the following stores: