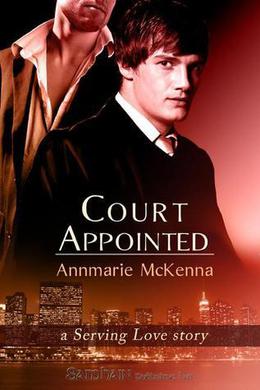 Jackson knows he needs protection from a stalker, but the last thing he wants is to want his bodyguard.

After receiving several suspicious "gifts," His Honor Jackson Benedict is assigned an agent for protection. He'd be fine with a bodyguard...if he was anyone but the man who enters his courtroom looking hotter than any man has a right to look. Thank God Jackson's robe hides his interest.

Trey London is more than happy that Jackson has practically been handed to him on a silver platter. If his job requires he stay close to one of the country's youngest federal judges, it's no skin off his back. The closer the better, actually.

But someone else is getting closer, too, and when the gifts turn into attacks, Trey is forced to trade his status of new lover for that of protector. He's not about to let anyone come between him and his judge.