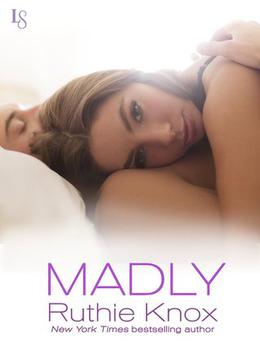 An impulsive trip to New York City, a heartthrob from London, and a scandalous to-do list turn a small-town girl’s life upside down in this sultry romance from the New York Times bestselling author of Truly and About Last Night.

Allie Fredericks isn’t supposed to be in Manhattan, hiding in the darkest corner of a hip bar, spying on her own mother—who’s flirting with a man who’s definitely not Allie’s father. Allie’s supposed to be in Wisconsin, planning her parents’ milestone anniversary party. Then Winston Chamberlain walks through the door, with his tailored suit, British accent, and gorgeous eyes, and Allie’s strange mission goes truly sideways.

Winston doesn’t do messy. But after a pretty stranger ropes him into her ridiculous family drama with a fake kiss that gets a little too real, he finds out that messy can be fun. Maybe even a little addicting. And as the night grows longer, Allie and Winston make a list of other wild things they could do together—and what seems like a mismatch leads to a genuine connection. But can their relationship survive as their real lives implode just outside the bedroom door?
more
Amazon Other stores
Bookmark  Rate:

'Madly' is tagged as:

All books by Ruthie Knox  ❯

Buy 'Madly' from the following stores: