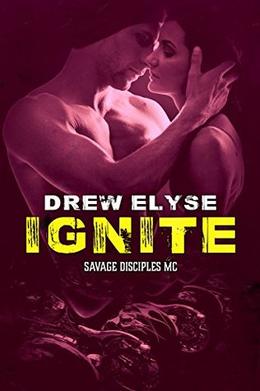 Ace has been keeping secrets, and not just from his club brothers.
Secrets have a way of coming back to haunt you.
All of his are about to be revealed,
whether he’s ready to face them or not.

A Disciple will fight like a savage—even against his past.

When Quinn waltzes into the Disciples' clubhouse,
she's only after one thing—and it isn't Ace.
She wants closure, an end to what they started so long ago.
But with the heat exploding, Ace and Quinn are far from over.

When this biker is forced to confront his past, everything will ignite.


This novel contains explicit sexual situations, violence, and offensive language, and is recommended for audiences 18 years of age and older.
It can be read as a standalone.
more
Amazon Other stores
Bookmark  Rate:

'Ignite' is tagged as:

All books by Drew Elyse  ❯

Buy 'Ignite' from the following stores: