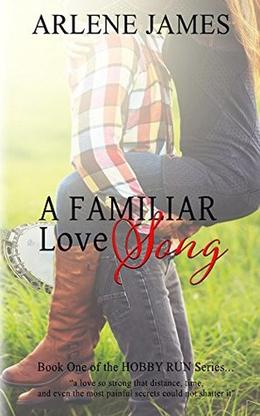 Drawn together by their love of music, torn apart by their insecurities. Reunited 25 years later, but is it by chance or the hand of God? Both want to believe God is at work in their lives, but some huge secrets are lurking. The divorce she never got seems a blessing at first. The child she never told him about and gave up for adoption is one secret too many, and how can she expect him to forgive her when she still can't forgive herself? Even as the truth shatters their reunification and the love of their youth becomes the burden of middle-age, they can't escape their mutual attraction or the music that binds them. The eclectic praise band that they build together, HOBBY RUN, becomes a surrogate family, a support system, and the answer to many prayers. At last they realize that love and attraction are not enough upon which to build a marriage that lasts. It requires a shared faith and continual forgiveness. With that comes untold blessings--healing and the son for whom she has long searched and he never expected to have.
Meanwhile, readers are introduced to dynamic and beautiful northwest Arkansas, its music and culture, as well as the members of the HOBBY RUN Variety Praise Band, who vary in age from the late fifties to the early twenties.
more
Amazon Other stores
Bookmark Rate Book

Buy 'A Familiar Love Song' from the following stores: