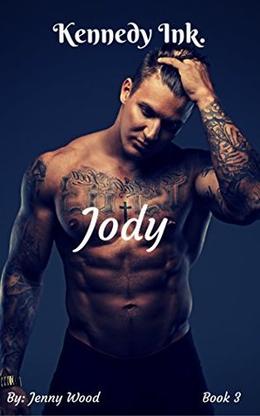 Jody is big, broody and intimidating to be around. You'd never guess that in his free time, he volunteers down at the children's center and has a soft spot for his little sister, Kady.
Just when we thought he could never redeem himself, for a mistake that he made between his brother Kingsley and his boyfriend, Morgan; we get to see a whole other side to Jody Mars that makes us think twice.

Cameron is a nurse at the hospital where Morgan had surgery; that's how he met this big group of tattoo artists.
One of them caught his eye. Unfortunately, Cameron is in a situation and see's no way out. Not ever.
What would a guy like Jody want with a small, makeup wearing twink with his own secrets? He wouldn't...
Or would he?

If one thing is clear from every story in my arsenal; I'll take you on an emotional ride before I give you the happiest of happily ever after's. It might take a while, but we always get there.
Emotional wedding vows, included, in this one. :)

There are some triggers here that might make some of you uncomfortable. Strong language, domestic abuse and sexual situations.
more
Amazon Other stores
Bookmark  Rate:

'Jody' is tagged as:

Buy 'Jody' from the following stores: