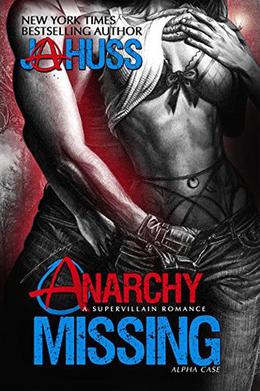 "Even the bad guy deserves a happily ever after. The Alphas of Cathedral City are overflowing with sexy and it'll take a very special super woman to tame them. It's Deadpool meets Mr. Robot. With more sex, more fun, and of course--the trademark plot twists, dark undertone, and shocking ending that only JA Huss can deliver. If you've ever daydreamed about Iron Man's private parts or wondered if Batman has a secret "lair" for his special lady, then read this book."

Everyone wants justice .
That's what Assistant DA, Lulu Lightly, tells me. "Cathedral City needs you to set things right," she says. "To rid this place of corruption, once and for all."
I'd like to rid Lulu Lightly of her clothes. And maybe her moral superiority. But mostly her clothes.
"I want you to fight the good fight with me," she says.
Hell, yeah. I'm always up for a fight.
"We should stand up and be the voice of the people," she says.
Sure, I hear voices. Sometimes I even listen to them.
"Figure out what's good for the City and put it first," she says.
Oh, honey... what's good for the City is bad for the people. Trust me, I know. I'm Case Reider--insane Alpha, nefarious inventor, and I understand this town better than anyone.
Cathedral City needs me all right. Just not the way you think.
I'm not the justice you're looking for, Lulu Lightly.
I'm still the same villain you left behind.
Only now... there's something very, very wrong with me.

P.S. - If you haven't read book one, Anarchy Found, and you've alwayshad a secret fantasy to fuck Iron Man--well, here's your chance.