Little Red (Not Quite the Fairy Tale #5) 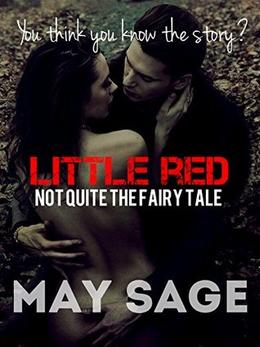 The rules are simple: humans from Enom are allowed to cross the forest, Jereena are killed on sight. Double standard, but as Jereenan had taken their land, not many Wilderlings have questioned it.
Lana, an enforcer sworn to obey the Alpha, doesn't like it, but never has she considered saying or doing anything about it until now.
Then things become complicated when the Prince of Enom comes through with a fleet of Jereenan soldiers.
No one ever goes against the order of the alpha - it shouldn't even be possible...
Jereenan officials had complained about the southern woods for so long, Chase Hunter finally consent to investigate. He's been there a thousand times before, and never has he encountered a wolf, so he doesn't expect any problem.
Turns out, they were right. There are wolves. And they definitely want to kill them...
Until they don't.
The Wilderling in her red ridding hood stops them all with one word, controlling them.
However, some of them don't seem really happy about that...
---
Little Red is the fifth Tale, but it is a standalone.
I do recommend reading Cinderella and Beauty and the Beast, at least, to get the world around that story, but it's not essential.
more
Amazon Other stores
Bookmark  Rate:

'Little Red' is tagged as:

The 'Not Quite the Fairy Tale' series