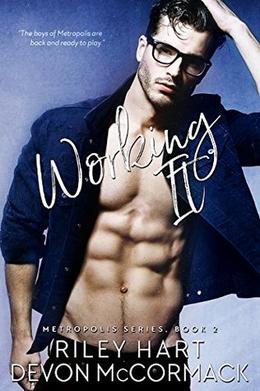 After his boyfriend dumps him, Hayden is in need of a place to live. Thanks to his buddies, he has a great lead to room with a guy named Cody in Metropolis, the hottest condominium in town. But things get a little uncomfortable when Hayden shows up for the interview and discovers he and Cody share an awkward up close and personal experience from their past.
Cody doesn’t have a problem living with Hayden. He’s had his share of help when he was down and out, and he wants to do the same for this guy. It’s not long until Cody realizes how great it is having someone around. Sometimes, they watch movies together…and other times, they help get each other off—one of the perks of living with a guy who’s as laid back about sex as he is. They hit off so well Cody even decides to act as wingman for Hayden while he gets used to hitting the town again.
Before they know it, they’re spending more time with each other than with anyone else. But Hayden just got out of a relationship and should be spending his nights having fun and working it around town, not jumping into something serious again. Cody’s always just gone with the flow, believing if it’s meant to happen, it will. But life doesn’t always work that way, and if they don’t fight for what’s right in front of them, Hayden and Cody might be over before they have the chance to even get started.
more
Bookmark Rate Book
Amazon Other stores

Similar books to 'Working It'

All books by Riley Hart  ❯

Buy 'Working It' from the following stores: