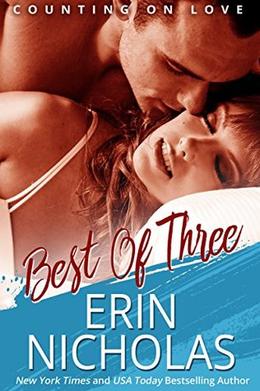 Sometimes it takes a couple of tries before you get love right.

Emma Dixon is known for getting in over her head—and having a great time doing it. She’s aware her shenanigans rub Nate Sullivan the wrong way, but getting a rise out of the cocky surgeon is one of her favorite pastimes. Truth be told, exasperated looks aren’t the only things she wants from the guy.

Nate has no intention of taking another trip down the falling-in-love road. Women are carefully compartmentalized—to his bedroom. Women who don’t mind his take-charge tendencies. Women very different from sassy, sexy, independent Emma.

But his usual strategy of arguing with Emma to keep from kissing her goes out the window when his son falls in love with her friend’s daughter. Emma sees a normal teenage romance. Nate sees his plans for the boy’s future ruined.

As Nate tries to derail the relationship, Emma runs interference, putting herself directly in the path of the chemistry that grows stronger every time they butt heads. And that could very well lead to the best surprise of all.

Warning: Contains a guy who knows exactly who he is and what he wants and a girl who’s going to change his mind about, well, everything. Plus inappropriate use of chocolate cake (of course, that depends on your definition of inappropriate).

***THIS TITLE WAS PREVIOUSLY PUBLISHED by Samhain Publishing in 2013. THIS IS A RERELEASE BY THE AUTHOR***
more
Amazon Other stores
Bookmark  Rate:

'Best of Three: Counting On Love, book three' is tagged as:

Buy 'Best of Three: Counting On Love, book three' from the following stores: