For the Love of Dixie (Kings of Chaos #3) 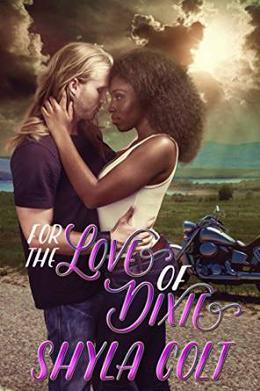 After having her heart broken by Echo, Dixie Dunn makes a new life for herself, away from the Kings Of Chaos. Now, she must return in order to get her stubborn father back to fighting shape after a heart attack. She knows she’ll have to face Echo, as he has made it clear over the years that she still belongs to him. But she refuses to give him any chance to crush her heart again.

Echo, Joel Spencer knows that Dixie hates him, but he also knows she yearns for him. After being forced by his hateful father to practically leave her at the altar when they were teens, he realizes that he has his work cut out for him. One thing is on his side, he knows what she wants and needs. This time, he WILL make her his again, and to hell with whoever gets in his way.
more
Amazon Other stores
Bookmark  Rate:

'For the Love of Dixie' is tagged as:

The 'Kings of Chaos' series

Similar books to 'For the Love of Dixie'

More books like 'For the Love of Dixie'   ❯

Buy 'For the Love of Dixie' from the following stores: