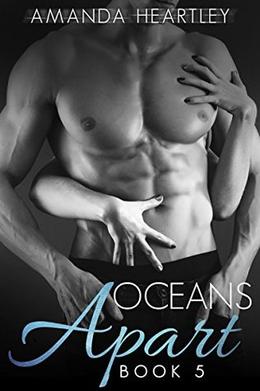 He's in London... She's in L.A.
So, how do you hold on to love when you're 5,000 miles apart?
Ginny Peterson thought she had it all—great job, great friends and an even greater boyfriend—until she caught him with the sultry vixen from the fifth floor!

Determined to hold her head up and move on, she buries herself in work until her BFF coaxes her out for a night on the town. In walks Tristan Armstrong—a British tattooed billionaire with an accent that curls her toes! He’s rich, powerful and can't keep his eyes off Ginny and her delicious curves—only problem is... he’s going back to his life in England in two short days!

Tristan and Ginny have to fight hell and high water just to get their hands on each other... literally. Living in different parts of the world, and battling the distance across the Atlantic Ocean, they're not going to let anything come between them.

…Despite everything and everyone that tries.

The Oceans Apart series is a flirty, sexy and often funny read. A British bad boy romance with no cheating and a happy-ever-after. I hope you enjoy it!

'Oceans Apart 5: A British Billionaire Romance' is tagged as: