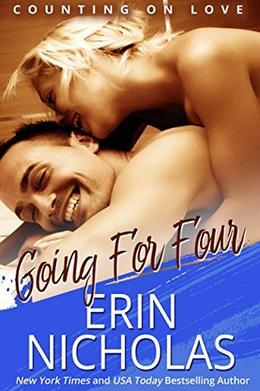 It’s either true love…or the biggest mistake they’ve ever made.

Hot firefighter Cody Madsen has stayed away from Olivia Dixon for almost two years—technically. Even though he talks to her every day and sees her every weekend. But there’s no kissing, touching, or telling her how he really feels. Because they’re just friends. Anything more than that would mean crossing the line that Olivia’s older brother has firmly drawn between them.

Olivia wants what her three sisters have—true love. She could almost believe she’s found it with Cody, if it weren’t for the fact that he’s her older brother’s best friend and her brother won’t have it. And he’s never steered her wrong before. Her head is telling her to trust her brother, but her heart won’t let go of Cody.

Her solution? A dating site where she and Cody can each find their “Perfect Pick” once and for all.

But when the site yields some unexpected results, their real feelings come front and center. And they have to decide if it’s worth the risk to cross the line from friendship to love after all.

***THIS TITLE WAS PREVIOUSLY PUBLISHED by Samhain Publishing in 2013. THIS IS A RERELEASE BY THE AUTHOR***
more
Amazon Other stores
Bookmark  Rate:

'Going For Four: Counting On Love, book four' is tagged as:

Buy 'Going For Four: Counting On Love, book four' from the following stores: