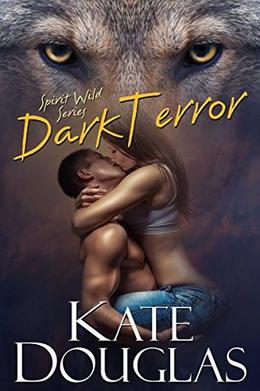 “Douglas introduces her Spirit Wild series with a new generation of sexy Chanku wolves. Set in the San Francisco Bay area and the wilds of Montana, supported by a cast from the Wolf Tale books and fresh faces as well, this novel thrives on action and strong sexual encounters.” —Donna M. Brown for RT Book Reviews , on Dark Wolf

Before she was rescued from a human trafficking ring by the Chanku, Mary Ryder had lived a tortured life as a sex slave and prostitute, and the emotional scars of that time still haunt her. Through the patient strength and genuine devotion of Jack Temple, Mary is slowly learning to open herself to the possibility of uncorrupted love and passion in his arms. But before the two can explore their newfound connection and dream of life as a mated pair, they must face a dark menace threatening all Chanku.

Aldo Xanakis was thought to be dead, but harnessing the life force of those he had slain, he has reappeared as a dark and vicious demon hell-bent on the destruction of the pack—and of all humankind. With only days to stop the demon’s lethal plans and the fanatical religious cult he has enlisted to serve him, the entire Chanku pack unites to combine their power against him.

As Mary and Jack are thrown together in an epic battle against evil, they and the rest of the pack will be forced to harness all the magic and sensual power they possess to preserve their way of life and everything they hold dear.

Kate and her husband of over forty-five years have two adult children and six grandchildren. They live in the beautiful wine country of Sonoma County, California, in the little town of Healdsburg.

Write to Kate at kate@katedouglas.com. She answers all her email. You can also find her on Facebook at www.facebook.com/katedouglas.authorpage and occasionally on twitter as @wolftales.

All books by Kate Douglas  ❯