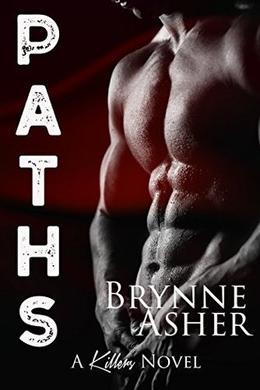 Maya Augustine needed to disappear—her life depended on it. When her path led her to the middle-of-nowhere Virginia, she found the perfect place to hide. A woman on the run, Maya had no business befriending anyone, let alone allowing herself to become involved with a man … especially after her last experience. Even so, she couldn’t help but become obsessed with the bruised, battered, and beautiful killer who walked into her life.

Grady Cain reached rock bottom. His past finally caught up with him, causing him to lose his edge at work and in life. Spiraling down a desperate path of remorse and guilt, Grady wasn’t expecting his refuge to come in the form of a woman. Day in—day out, she was the only thing he’d allowed himself to think about. To focus on. To consume him.

One was running. The other had nothing to run to.

Until these troubled souls crossed paths…

And two paths became one.

Warning: This author is a mom who runs a PG-13 home. This book is not PG-13. She would literally keel over and die if anyone under the age of 18 read this book. If you’re not of age, save this author from her untimely death, and go read about teenage wizards. They're awesome.
more
Amazon Other stores
Bookmark  Rate:

The 'The Killers' series

Buy 'Paths: A Killers Novel, Book 2' from the following stores: