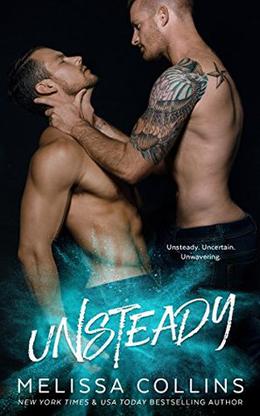 Micah Hudson and Jude MacMillian were both lonely teenagers. One the new kid and one the target of relentless bullying, they quickly became friends. But when friendship grew into more, the relationship was too much for either to handle. As their tenuous bond was tested, everything tumbled down, leaving them lonely once again.

A decade later, Micah is on the brink of losing his will to live. Beyond exhausted from lying to everyone, including himself, Micah thinks of the one person who knows his deepest secret. Desperate and alone, Micah makes the only decision he feels he has: he must leave. But his need for closure depends on one thing.

Can Jude make room in his Unsteady life for Micah once again?

'Unsteady' is tagged as:

The 'On Solid Ground' series

Buy 'Unsteady' from the following stores: