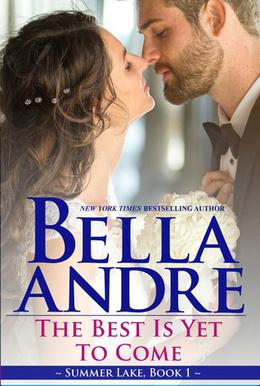 The Best Is Yet To Come (Summer Lake #1)

Best friends. High school sweethearts. Passionate lovers. Once upon a time, Sarah Bartow and Calvin Vaughn were everything to each other. Until big dreams—and an even bigger tragedy—tore them apart.

Ten years after good-bye, they're finally together again at Summer Lake in the Adirondacks...and the sparks between them are hotter than ever. Soon one kiss is turning into so much more. Not only breathtaking, sizzling lovemaking—but also deep, honest emotions that can't be denied.

Calvin refuses to let the ambitions and disasters that separated them a decade ago wreck them this time. Not when he knows for sure that Sarah is his one—his only—true love. He let her get away once. He won't make the same mistake again. Even if it means risking his entire heart, and every last piece of his soul, to show her they belong together now...and forever.

Note for readers:  THE BEST IS YET TO COME was previously published as Home Sweet Home under a pen name. This new edition has been extensively revised and rewritten.
more
Bookmark Rate Book
Amazon Other stores

Similar books to 'The Best Is Yet To Come'

More books like 'The Best Is Yet To Come'   ❯

Buy 'The Best Is Yet To Come' from the following stores: