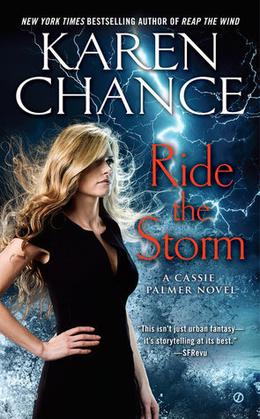 The New York Times bestselling author of Reap the Wind returns to the “fascinating world”* of Cassie Palmer.

Ever since getting appointed the chief seer of the supernatural world, Cassie Palmer has been playing catch up. Catch up on the training she missed being raised by a psychotic vampire instead of at the pythian court. Catch up on the dangerous world of supernatural politics. Catch up on the powerful, and sometimes seductive, forces trying to mold her to their will. It’s been a trial by fire that has left her burned.

But now she realizes all that was just the warm up.

Ancient forces that once terrorized the world want to return, and Cassie is the only one who can stop them.
more
Amazon Other stores
Bookmark  Rate:

'Ride the Storm' is tagged as:

Similar books to 'Ride the Storm'

Buy 'Ride the Storm' from the following stores: