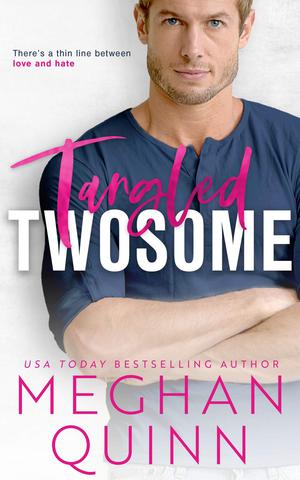 Racer McKay is a broody bastard.

From the moment I met him, he’s been rude, irritable, and unbearable. And worse? He's broke.

A contractor working to remodel my parents pool house for extra cash, he stomps around in those clunky construction boots with his tool belt wrapped around his narrow waist, and a chip on his shoulder.

Racer McKay is also infuriatingly . . . sexy as hell. I want to take that pencil tucked behind his ear, and draw lazy lines slowly up and down his body all the while wanting to strangle him at the same time.

We try to stay out of each other’s way . . . that is until I have no other option but to ask for his help.

But what I don’t realize is he needs me just as much as I need him. I have money he’s desperate for, and he holds the key to making my dreams come true.

Our pranks turn from sarcastic banter, to sexual tension and lust-filled glances. Bickering matches quickly morph into slow burn moments. We’re hot, we’re cold. We push and pull. I need him, I don’t want him. We’re on the verge of combusting with an agreement dangling dangerously between us. Neither one of us can afford to lose one another and yet, we’re finding it quite hard to decipher the line that rests between love and hate.

'Twisted Twosome' is tagged as: