A Girl in Black and White (Alyria #2) 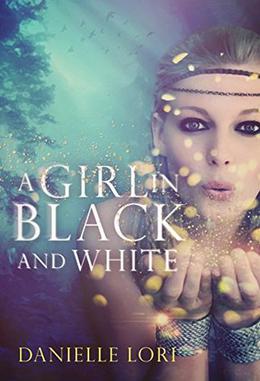 My once upon a time didn’t end with happily ever after—but with blood-stained hands and cold blue eyes. The story of my life had been laid beneath my feet since childhood, but until death, I’d never known that road was paved with stones called lies.

In this city of sun and heat, cloaked in dark, both inside and out, I became somebody other than Farm Girl. There was no assassin behind my back. No, my shackles were just as tight but came in a different form.

Like Death’s icy fingers running down my spine, the ones that had gripped me for months, my past haunted my present in the guise of nostalgia. My old chains still left marks on my skin, their owner’s gaze following behind. But he didn’t know I lived. He didn’t know I was so close, that I heard his name spoken every day. That I still hated him. Until my hate started tasting suspiciously different.

One mistake and everything I’d created unraveled. A liar. Corruptor. He stood in front of me now. The air was heavy with expectation, tense with the possibilities of how this would unfold, of what he would do.

But there was always two sides to every story, and maybe in this version, the corruptor wasn’t him, but me.

*This should be read after A Girl Named Calamity.
Warning: explicit sexual content, violence, and profanity.
more
Amazon Other stores
Bookmark  Rate:

'A Girl in Black and White' is tagged as:

Similar books to 'A Girl in Black and White'

More books like 'A Girl in Black and White'   ❯

All books by Danielle Lori  ❯

Buy 'A Girl in Black and White' from the following stores: