The Coldest Love Ever 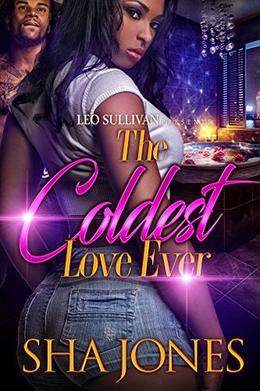 Being a victim of rape and incest at an early age, Madonna has a tough time trusting anyone, especially men. The men in her life have repeatedly hurt and disappointed her, including her current boyfriend, Chauncey, who can’t seem to keep his hands to himself. The pain of the past and the hurt that she continues to endure has hardened Madonna’s heart to love, and she doesn’t believe that she is capable of giving or receiving love.

But one night at the club changed all that. Enter Wale.

Wale is fresh off a devastating betrayal by the woman he thought he would marry. Although women are his last priority, when he meets Madonna in the strip club, she makes a lasting impression. When Wale later finds himself in a position of having to save Madonna from harm, he becomes determined to protect her. The two wounded souls find comfort in each other, and soon, their friendship blossoms into something more.

Dreka is the mother of Wale’s twin girls, and she is determined to be with Wale whether he likes it or not. She will do or say anything to keep Wale from moving on, and she isn’t above using her children as pawns in her games against him. Dreka goes to shocking lengths to control the man who she walked out on, and she refuses to stop until she gets what she wants.

This ain’t your typical baby mama drama with Madonna, Wale, and Dreka. This story will have you believing that the only way to love, is to have The Coldest Love Ever.

Similar books to 'The Coldest Love Ever'

Buy 'The Coldest Love Ever' from the following stores: