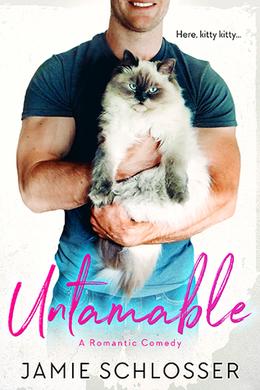 Emery Matheson knows p*ssies. Cats, that is. As the star of a reality show called The P*ssy Tamer, it’s his job to fix extreme feline behavioral issues.

When he hears about his next project—a lonely cat hoarder named Estelle—he expects a little old widow, not the blond bombshell who opens the door.

With a 100 percent success rate, Emery has never had trouble finishing a job. But just a few hours into the first day of filming and one thing is clear—Estelle and her band of misfit p*ssies will give him a run for his money… and his heart.

Untamable is a standalone novel. Due to language and sexual content, this book is intended for readers 18 and older.
more
Amazon Other stores
Bookmark  Rate:

'Untamable' is tagged as:

All books by Jamie Schlosser  ❯

Buy 'Untamable' from the following stores: