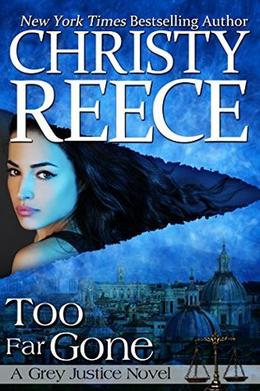 
Some obsessions can be deadly

Gabriella Mendoza has lived her life in seclusion. Guarded by the most corrupt men in the world, she has no chance for escape until an unexpected meeting with the mysterious Grey Justice Group changes everything. Gabriella is free for the first time in her life, but is that freedom all a lie?

Vengeance is Jonah Slater’s only purpose. Finding the man who killed his fiancée and making him pay is his only goal. Babysitting the pampered princess of a crime boss is not part of his agenda. But the more he gets to know Gabriella, the more he realizes that protecting her might be the most worthwhile thing he’s ever done.

They thought they knew the threats, believed they were contained. Jonah and Gabriella soon learn that evil has varying degrees and many faces. And very often, the deadliest is the one you never see coming.
more
Bookmark Rate Book
Amazon Other stores

Similar books to 'Too Far Gone'

Buy 'Too Far Gone' from the following stores: