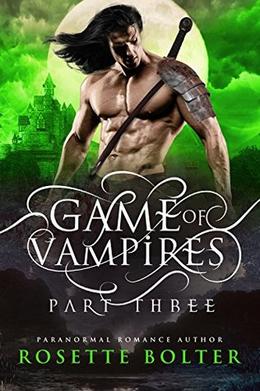 Four kingdoms in the North, South, East and West. Four vampires for Theresa to choose from.

The scariest, the biggest, the baddest being Moldark of the South. In exchange for his sparing of the village, Theresa must now commit to getting to know this sinister vampire intimately, and see the world how he sees it.

As the night creeps forward Moldark unveils his plan to destroy the evil Warlock and his humanly rule. The only question is whether Theresa will be by his side when the war breaks.

Or if she will be just like all the other humans. Running in terror...
more
Amazon Other stores
Bookmark  Rate:

'Game of Vampires: A Reverse Harem Serial (Part Three)' is tagged as:

All books by Rosette Bolter  ❯